Start a Wiki
Welcome to the Ava Max Wiki!
The wiki about the American singer, Ava Max, in which anyone can edit! 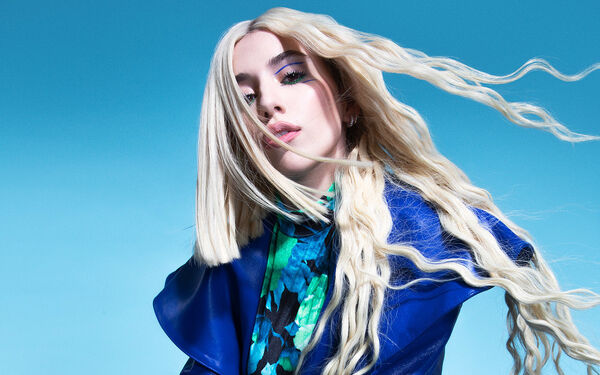 Who is Ava Max?
Have you ever heard the song "Sweet but Psycho"? Or "So Am I'? Or maybe, her latest single, "Kings & Queens"? Well, you probably didn't know that the voices behind these songs was none other than the talented Amanda Ava Koci, known professionally as Ava Max, or previously AVA. Max was born on February 16, 1994, in Milwaukee, Wisconsin to Albanian political immigrants from Sarandë and Tirana. She began posting material on the internet in 2008 on MySpace, at just the age of 14. Her EP Amanda Kay was released in 2008, and it featured six songs. In 2013, she released a single titled "Take Away the Pain" which, two years later, was re-released as a remix by the duo Project 46. In the same year, she started posting songs on SoundCloud under the name AVA, one of these songs being "Anyone But You". It was April of 2018 when she released "My Way", her official debut single. The songs reached a peak of 38 on the Romanian Airplay 100 chart. The successful single "Sweet but Psycho" was released in August. Upon release, it appeared on various Spotify playlists and subsequently reached number one in 22 countries including Germany and the United Kingdom, where it stayed at number one for four consecutive weeks. It has since reached the top twenty in Canada, Greece, Portugal and Spain.

Featured Song
"Who's Laughing Now" is the sixth official single from Ava Max's debut album Heaven & Hell. The song is a revenge anthem about the types of gaslighting that Max has experienced in the music industry and how she managed to achieve success despite people telling her that she'll never make it. Watch the music video above to see her thrive!
About The Wiki!
Hello there! The Ava Max wiki was founded on January 20, 2019. Any contributions on making this wiki a bigger and better place is highly appreciated! Our goal is to be the most reliable source of information of everything related to Ava Max. This is a 100% non-profit online encyclopedia run by the fans, for the fans!
Before editing anything, please read our rules and regulations! And don't hesitate to contact a staff member if help is needed!

Retrieved from "https://ava-max.fandom.com/wiki/Ava_Max_Wiki?oldid=1373"
Community content is available under CC-BY-SA unless otherwise noted.